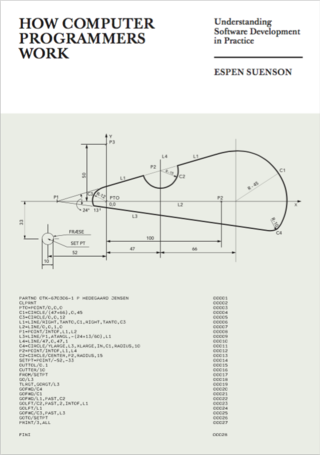 This book shows why success in development projects is determined by more than programming techniques.

It should be read by anyone who works with software development regardless of development methodology.

How does a successful programmer work? The tasks of game programming and industrial safety critical programming appear to be quite different. Through a meticulous empirical examination, this book compares and contrasts the two forms of programming and shows how there is more to programming than technical skills.

Developing software is difficult, and the greatest difficulties often have to do with the way people think, speak to each other and work together. Examples demonstrate that awareness of tradition and context is essential to software development, by way of using hermeneutics and rhetorics and drawing on cultural studies as well as computer science, software engineering, and Agile development.

Part of a programmer's work is to figure out what the real goals of the work are, and how these are effectively pursued. This is essentially a process of understanding; a process that can be analysed with classical learning. This book shows how.

Espen Suenson was born in 1979 in Copenhagen. He obtained his doctoral degree in software engineering from Åbo Akademi in 2015. He holds an MSc in computer science and a BA in European ethnology from Københavns Universitet.

Suenson started his career as a professional programmer in 1999, developing the online banking page of a mid-size Danish bank. He has worked with programming as a research assistant at Københavns Universitet in the fields of programming language research, evolutionary biology, and neuroscience. In 2003 he worked as a programmer at the naval base in Korsør and from 2003–2004 he worked for a market survey provider. From 2007–2008, Suenson worked for a global satellite television company in a cross-disciplinary Scrum team, and from 2010–2011 as a researcher in the Software Engineering Laboratory at Åbo Akademi. Since 2014 he has been working as a programmer in the public sector for a consultancy in Copenhagen.

Suenson has served as a board member and editor of Nord Nytt, the Nordic peer-reviewed journal of ethnology and folkloristics, from 2004–2008, and from 2012–2014 has lectured in Nordic ethnology at Åbo Akademi.