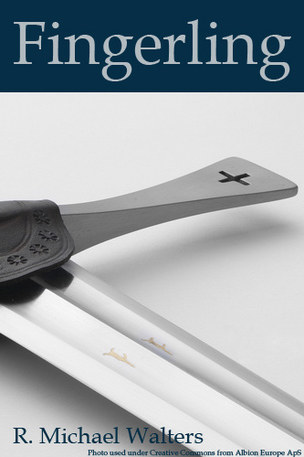 Fingerling is a fantasy novel set in a fictional world based on Jewish and early Christian writings. Most fantasy novels usually use some variation, or combination, of Irish, Scandinavian, or European mythos/folk tales to inform their world view. I've quite enjoyed that route in the past, and don't see a problem with it. It's generally accessible to most people, enough so that most readers of the genre can jump right into a story without too much trouble.I wanted to do something a little different though. I wanted to explore some of the supernatural roots of Judaism (and early Christianity). To keep it more readable I won't be straying too far from the norm, so it will be more "Jewish supernatural themes set in the Old World" than "Jewish supernatural themes set in the Holy Land".

It's all just a framework though, to support a story in which people, ordinary men and women, must make choices. Big choices and little choices. Choices that affect their closest loved ones, and even the world around them. In a way, the same choices you and I must make everyday. Except with sword fights.