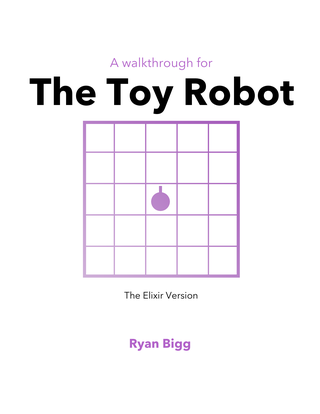 The Toy Robot is a common interview exercise for new programmers. This short book will take you through how to implement it in Elixir in a BDD-style, with some great explanations and imagery along the way.

If you're a new Elixir developer who's gone through some basic Elixir tutorials and you're looking for the next thing to build your skills, this book is a great start. It covers the Toy Robot exercise from start to finish, testing with Elixir features such as ExUnit and Doctests along the way.

In this book, I demonstrate best practices for developing a small Mix application that can solve the Toy Robot exercise. Along the way, you'll learn about: