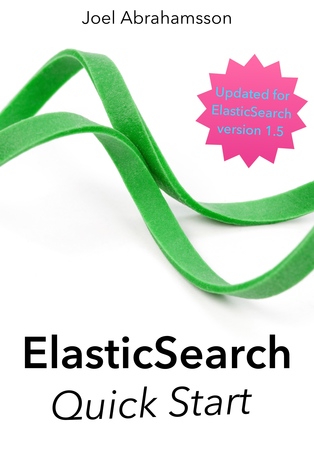 An introduction to ElasticSearch in tutorial form.

Joel Abrahamsson
The goal of this book is to get you as a developer or user of ElasticSearch started quickly. As such you won't find much theory or anything about configuring ElasticSearch for production use in this book. What you will find though is tutorials focusing on the basics as well as common use cases.
$7.99
Minimum price
$8.00
Suggested price

This book is intentionally short. While there are several books about ElasticSearch that will teach you just about everything this book doesn't try to do that. Instead it's goal is to get you as a developer or user of ElasticSearch started quickly. As such you won't find much theory or anything about configuring ElasticSearch for production use in this book. What you will find though is tutorials focusing on the basics as well as the (in my opinion) most common use cases.

After reading this book my goal is that you should know:

Joel was one of three founders of Truffler, an ElasticSearch based SaaS-solution that was later aquired by EPiServer. While not an expert in search technologies Joel has built a number of applications and APIs using ElasticSearch and has also written a number of blog posts about ElasticSearch.