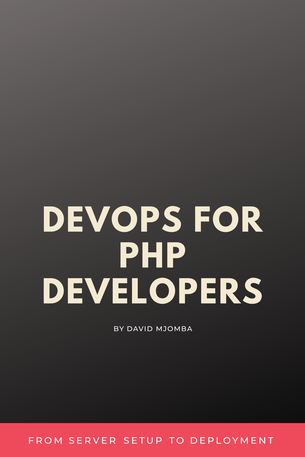 From Server Setup to Deployment.

Use Ansible to set up fresh instances of Ubuntu 18.04, perform automated updates and set up the LEMP stack comprising of PHP 7.3, Nginx and Percona database. A Docker image that will closely resemble our server will be the testing environment that we'll hook up to GitLab and set-up the CI/CD pipeline to handle testing and zero downtime deployment.

DevOps has for a while been a very repetitive task that is undertaken in order to keep the servers running and also in the development pipeline, whereby you are required to update the systems that have been built. The book focuses on the use of automation tools that reduce the number of manual steps that are taken. The resources referenced in this book are available for free and only require you to install Ansible locally and sign up on GitLab.

Though the book focuses on PHP, the described techniques can be adapted to any language or process including JavaScript, C#, Python and even the publishing of docker images upon the successful commit into the repository. The Envoy script that is provided can be modified as per your needs but it provides zero downtime deployment by versioning the server directories.

It's very informative and the provided scripts are ready to deploy!

I've enjoyed reading the book and adapting it to NodeJs. With a little tweaking of the ansible scripts, I've managed to spin up and maintain 7 servers!

All future updates will be free including the next update that will incorporate the use of GitHub and Bitbucket.