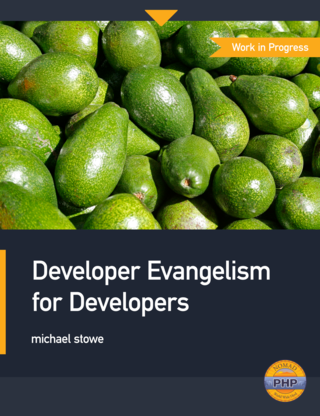 Over the years more and more developers have decided to pursue Developer Evangelism. For many, they see the opportunity to give back to the community, go to conferences, and be on the verge of the latest technology.

But what exactly does a Developer Evangelist do, and how can you prepare for your journey while avoiding the common pitfalls - including company politics and burnout?

In this book, industry leader Michael Stowe shares his experience, including what you should know before pursuing Developer Relations, and best practices to ensure you will be successful.

Michael Stowe is a professional, Zend Certified Engineer with over 15 years experience building applications for law enforcement, the medical field, nonprofits, and numerous industrial companies. Over the last seven years he has been focused on API design and ways to improve industry standards, speaking at numerous API conferences worldwide and being published across numerous publications. Michael helped move the industry to a design-first mentality coining Spec Driven Development and pushing the use of API specifications.

Michael has worked with numerous companies to help them build their API strategies, including some of the largest and best known brands worldwide. While at MuleSoft he helped develop MuleSoft’s API strategy, before moving to RingCentral where he was part of the team that received numerous API awards including API Nordics Best Public API 2018.

When not focusing on API design and Developer Experience, Michael spends his time with his fiancee, pretending to be a movie buff, being constantly harassed by his two cats, losing terribly in Call of Duty, organizing community events, and working on Nomad PHP. 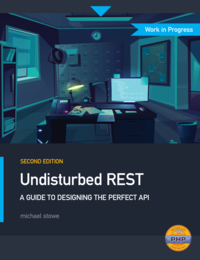