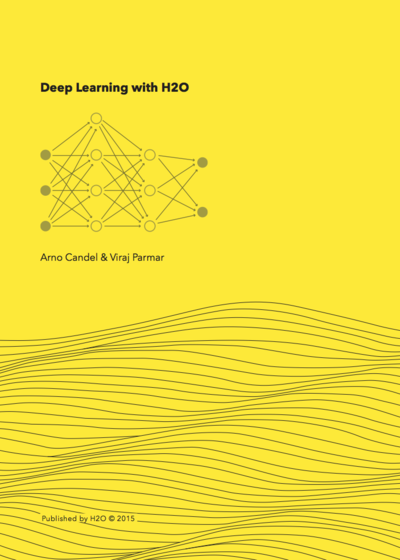 H2O.ai
This booklet discusses H2O.ai's implementation of Deep Learning and its use cases. It also includes a list of parameters and a demo example that you can run to see H2O's capabilities. **Note**: This document is for H2O v. 2.8 and prior. If you are using the current version of H2O, please refer to the updated version of this document at h2o.ai/resources

Note to all readers: All of our informational booklets are available on this site at no charge.

To read the booklet online, click the "Read Online" button above (below the "Get your free book" button).

The sample contains all the chapters in the booklet.

Viraj is currently an undergraduate at Princeton studying applied mathematics. Prior to joining H2O.ai as a data and math hacker intern, Viraj worked in a research group at the MIT Center for Technology and Design. His interests are in software engineering and large-scale machine learning. Apart from work, Viraj enjoys reading, sampling new cuisines, and traveling with his family.

Arno is a Physicist & Hacker at H2O.ai. Prior to that, he was a founding Senior MTS at Skytree where he designed and implemented high-performance machine learning algorithms. He has over a decade of experience in HPC with C++/MPI and had access to the world's largest supercomputers as a Staff Scientist at SLAC National Accelerator Laboratory where he participated in US DOE scientific computing initiatives. While at SLAC, he authored the first curvilinear finite- element simulation code for space-charge dominated relativistic free electrons and scaled it to thousands of compute nodes. He also led a collaboration with CERN to model the electromagnetic performance of CLIC, a ginormous e+e- collider and potential successor of LHC. Arno has authored dozens of scientific papers and is a sought-after conference speaker. He holds a PhD and Masters summa cum laude in Physics from ETH Zurich. Arno was named "2014 Big Data All-Star" by Fortune Magazine.