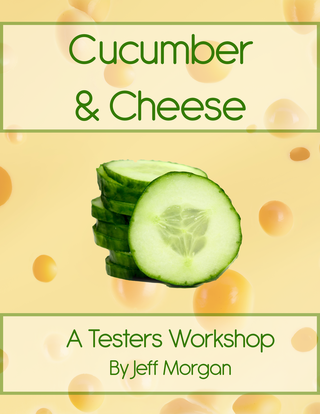 A few years ago I set out to master Acceptance Test Driven Development (ATDD, also variously known as Behavior Driven Development or Storytesting). After trying several of the available tools I settled on Cucumber. For Web applications, I also used the most popular Ruby tool for page traversal and verification, WATIR.

As I started working with teams to implement this practice, I discovered that the ATDD community was writing more and more new Ruby gems to empower and simplify this kind of testing. I also found that some of the things I personally wanted to simplify were not supported by any existing Ruby gem, so like the crazed developer I am, I set out to build my own. To my surprise, others started using some of the gems I created and began asking a lot of questions about their usage.

This book is my attempt to share as much of my experience using Cucumber and Ruby as possible. I will cover many patterns, practices, tools, and (Yes) Ruby gems that make testing applications (particularly but not limited to Web applications) easier including a few of my own. I will also cover the proper way to structure and write your test automation code so that it is less brittle, simpler, better organized, more expressive, and therefore easier to change over the lifecycle of your application. My goal is to help you see and understand the benefits of ATDD and learn how to use Cucumber and Ruby to adopt (and help us refine!) this amazing practice.

This book is full of hands-on programming exercises and I strongly suggest you do them all. Even if you are not testing applications that are like the ones showcased in this book, the knowledge of how to write sound robust tests will transfer to whatever you have to test.

Jeff “Cheezy” Morgan is Chief Technology Officer and a cofounder of Tango. He has been coaching teams on Agile and Lean techniques since 2004 with a focus on the Engineering practices. For the past several years he has experienced great success and recognition for his work focusing on helping teams adopt Acceptance Test Driven Development using Cucumber. He is the author of several popular Ruby gems used by software testers throughout the world. He regularly teaches ATDD with Cucumber classes and workshops.