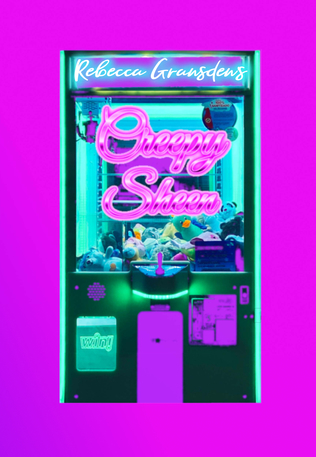 For decades, Humankind sent transmissions around the globe. In addition to reaching every corner of the planet, the signals travelled beyond, into the dark void of space. All of broadcast history made its way gracefully through the stars, racing into the unknown—until the mid 1980s, when nuclear mushroom clouds plumed in the skies of Earth’s Third World War.

The magnitude of the explosions caused the extinction of life on Earth, and sent a shockwave through the fabric of reality. Due to this anomaly, all broadcasts running at the time of the bombs hurtled into space at an impossible speed. The signals, disobeying natural laws, outran and passed all transmissions from previous eras, leaving them far behind. At the head of Earth’s messages to the cosmos travelled the collective broadcasts from one atomic day in history.

In a remote star system, eyes turned towards the approaching 1980s transmissions.

Curious consciousnesses examined the broadcasts from the strange extinct civilisation of Earth. Filled with these transmissions, the distant consciousnesses devised their response. They returned it in the form of their own transmission, directed back to the origin of its inspiration—1980s Earth.

That transmission is Creepy Sheen.

This author has always lived by the sea.

She tends to write about the edges of things so if you inhabit the fringes you may find something to like.