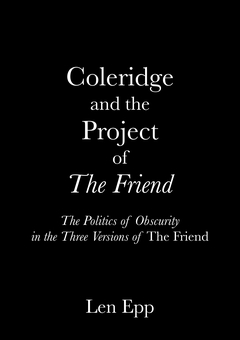 This is the fourth chapter of my DPhil thesis, Coleridge and Romantic Obscurity.

In this chapter I discuss how, in the project of The Friend, Coleridge acknowledges that obscurity has a central but paradoxical function in the reception and representation of his work.