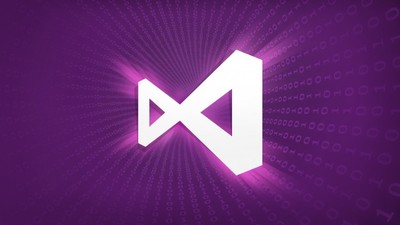 Double Your Coding Speed with Visual Studio and ReSharper (The Course)

Double Your Coding Speed with Visual Studio and ReSharper

Learn how to speed up the coding process in bear Visual Studio 2017 and VS empowered by ReSharper (R#).

Do you want to double your coding speed in Visual Studio with or without R#? Then this course is for you!

Modern integrated development environments or IDEs in short allows us to perform miracles. Why? Because we live in the twenty first century and modern computers are so powerful that modern IDEs become indispensable assistants which can save us thousands of hours. A decade ago, no one could imagine how much powerful IDEs will become in the future. However, nowadays, developers are armed by super powers such as deep static analysis, automatically performed refactorings, code fixes, super simple navigation and many other things.

Want to become an iron developer? Then listen to me.

This course consists of two main parts. The first one concerns the features of bear visual studio without any super-powerful plugins and it covers:

The second part is dedicated to ReSharper (R#). R# is one of the flagship tools developed by JetBrains. I need to warn you that R# is a paid tool but despite of this fact, the majority of professional developers use it on an everyday basis.

R# is a Visual Studio plugin which empowers it by tons of refactorings, analytical features, fixes and a ton of other features. So, the second part is dedicated to R# and it covers:

This is only an introduction to R#. I’ll update this course from time to time teaching you other cool features provided by R#.