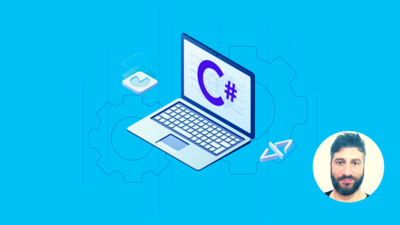 Functional Programming in C# with Categories (The Course)

This course is no longer available for sale.

Functional Programming in C# with Categories

The instructor has published 90% of this course.

NOTE: The Full Book:" Functional Programming in C# with Categories" is provided FREE with the current course.

As the C# becomes more and more functional, in 2019 C# developers have to be familiar with the functional paradigm.

The purpose of this course is to give you a deep dive into the world of functional programming, by presenting it's methods and techniques through the lenses of the object-oriented paradigm.

Many people think that Functional programming in C# is Just LINQ. In this course, I assume that you know the basics of LINQ. We will go beyond LINQ. We will explore some of the concepts that are common knowledge in Functional Languages, like Haskell and Scala and start gaining popularity in Object-oriented languages like JavaScript.

In this book we will take a closer look at some of the most popular Functional techniques and Patterns from a C# point of view:

This course, even small in scale, aims to present how some of the mathematical concepts of Category theory that have emerged in those two different programming paradigms. The concepts are applicative (pun intended) in many other programming languages like JavaScript, Java, Scala, F# or even Haskell.

Who this course is for: