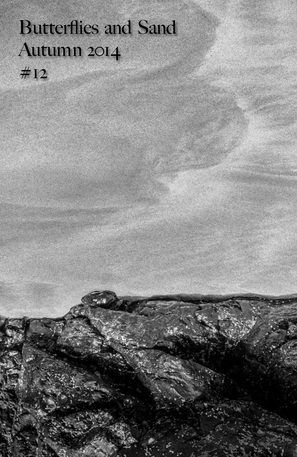 What is Butterflies and Sand? Generated by a PHP script every season, each version of the book gathers a totally random collection of haiku from those tweeted by the author. Random section titles are drawn together with random images, and followed by a small assembly of verses. The reader is left to discover the links for themselves. Further sections provide alternative forms of randomness, along with all of the haiku tweeted since the previous version of the book.

The aim of the book is to generate new meaning from haiku which were originally separate, with something of a nod to old surrealist games on one hand, and notions of divination on the other. Each book means something different to each reader, including the author (who is reading each issue for the first time too.)

Under the leanpub model, buying the book once buys all future issues as well - no further payment needed. See note below - this is currently the penultimate edition. Readers will have access to the next haiku project.

Is it August already? Oops. Still, the sun's still out and it's hot enough for barbecues, so a summer edition is definitely warranted.I actually ran the script for this edition back at the start of July, but went on holiday and purposefully forgot about it. The random chapter titles seem to be gearing up for encroaching Autumn darkness ('Leaves', 'Evening', 'Night'), which is fairly apt - I'd already decided that this would be the penultimate edition of Butterflies and Sand.Yep, the experiment is coming to an end - the next edition will be the last one. Some of this is wanting to do something different with haiku books; the first, 'A World of Corners' (http://exmosis.net/corners/) was a very physical thing. Butterflies and Sand has been a digital beast. It's been a very interesting experiment.I'm not sure what comes next, but it's time. (The decision was also partly due to expecting a second child around the same time as the next release date ;-) I don't know if it'll be a Leanpub thing, but I'll try to make sure all B&S readers can access it as a way to say thanks.Back to the present - there are 25 new haiku in this edition. Here's one of my personal favourites:fresh summer shadebrushing against my armsnewly-grown leaves

A coder that found a joy in the idea of the 'Haiku Moment' and the simplicity of limited syllables.