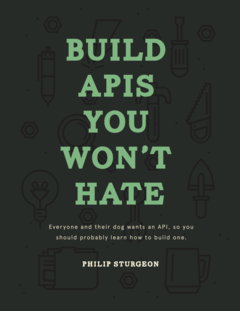 Build APIs You Won't Hate
Everyone and their dog wants an API, so you should probably learn how to build them.
Phil Sturgeon