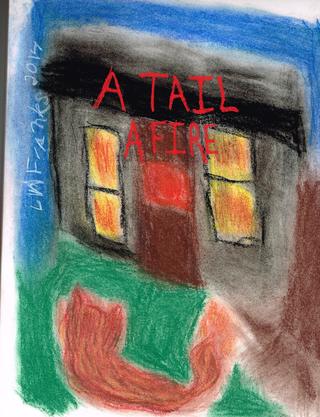 B.L. Foxxe
Hybrid demon and human, Aphelia Red Fox knows nothing about her past. Caught in Karma Fortuna, she's torn between too many choices and too little time. On a crossroads, she'll find ways to survive, evolve, and stop setting her tail afire!
$7.99
Minimum price
$7.99
Suggested price

Aphelia Red Fox caught between worlds, a kitsune with no anchor to keep it within boundaries of right and wrong, learns where not to stray the hard way! Partially human, not entirely demon, the kitsune gradually learns that genderwise, she's a female, but not quite sure how to go about understanding the ways of appearing completely humanoid. The end result being, she's constantly tripping alarms and setting off traps, usually involving fire of some kind.

Eventually she finds other creatures and humans similar to her kind and once she does, Vale begins to acquire knowledge, ethics, and an understanding of the strange between world in which she was born, not caught as she originally thought. She'll face a crossroads as well. Will she want to leave the inbetween world or would she stay and learn valuable information that can disperse through portals. Only Aphelia can make that choice and what she does will impact three or four dimensions surrounding the pocket in time where she resides.

Born in California, lived in different states throughout the year, when B.L. Foxxe isn't writing, she's volunteering with the American Red Cross locally and nationally. She enjoys drawing, listening to music, snapping pictures of nature or anything that interests her. She also enjoys exercising with Jazzercise that keeps her stress levels low. She's published with Mojocastle Press and Whiskey Creek Press.