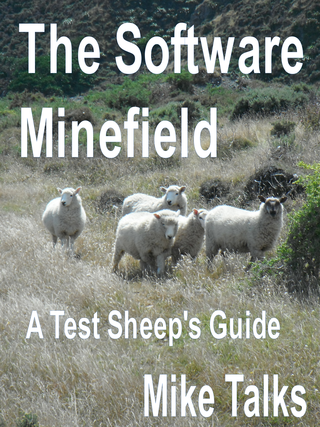 This book offers a fresh look at ideas in Software Testing. Collected from over 15 years experience, this book is aimed at people who are already testers but who are looking to,

* challenge and validate their approach to testing,

* manage and expand their learning,

* champion testing practises within their department

* manage testing in their teams

Designed with the busy tester in mind, this book has been writen on a modular level to allow readers to pick-and-choose the areas they want to read and develop. But most of all it's designed to be a fun and accessable read.

Priced at $4.99, this is the same price as an edition of Cosmopolitan. So do you want to find out what's fashionable this season in clothes, or what's in vogue with testing?

Mike Talks started his software career in Weymouth, England but can currently be found in and around Wellington, New Zealand. Over 15 years the career journey has definitely exceeded the geographical one. During that time, he has worked on projects from RAF avionics systems, Government information platforms, banking transactions network and a few Flash websites.

He played rugby until recently, and now manages his son's football team. He believes a large part of success in software comes from building a team who communicate, and want to work together toward a common goal.