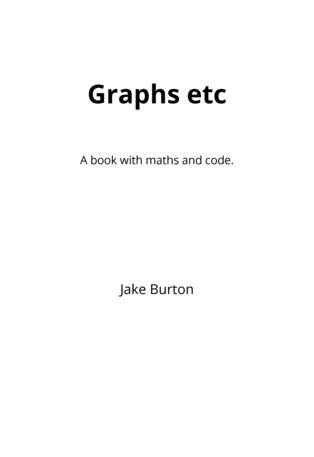 A book with maths and code.

What's in this thing?

Graphs. Basically. A lot of maths involves graphs in some way or another and they are pretty to look at. Which is more than I can say for pages of equations.

So to that end this book will cover:

Oh and code. I like code so I'll be using to explain some of the concepts in this book, don't worry though I will not be using a specific language. Instead I will (depeeratly) try to stick to structured english where possible, that or some Python migh appear.

This book is to be published originally on Leanpub but is also availiable in its entirety on Github where you can also file issues to help fix mistakes.