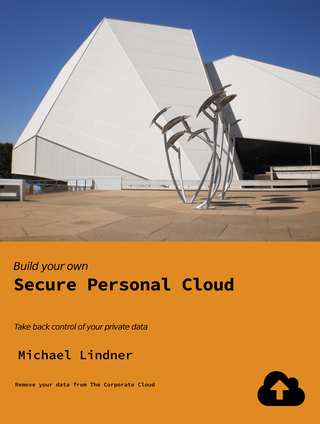 Build Your Own Secure Personal Cloud

Build Your Own Secure Personal Cloud

Take back control of your private data.

Remove your data from Google, Apple, Dropbox and Github using Linux based server software and machines You control and own. Keep your files, contacts, calendar, mail, photos, music and projects in sync across all your devices. Always access your data and the Internet through your own Private VPN, keeping you safe from prying eyes.

Build a small, private network of Linux servers to securely store and transport your private data across your various devices.

Securely share Contacts, Email, Photos, Files, Music and Notes across all your computers, smart phones and tablets, without the need for third party companies such as Google, Dropbox or Apple iCloud.

Mike Lindner is a professional Linux Systems Administrator and Certified Ethical Hacker who has been programming, building, breaking and fixing computers his entire life. From playing with mainframes at his dad's office in the 1970s, discovering as a little kid what “10 goto 10” did to big iron of the era (not pretty), to the 80s teenage hacker thing, bulletin boards and wardialing with acoustic modem and green screen monitor, to now working for companies such as Boeing, Telstra, IBM and HP, advising on Linux systems and security.

He first wrote for a local user group newsletter with a circulation of some ten thousand during high school in the 80s becoming editor at age 15. Now days most of his writing is internal documentation for clients, apart from his blog he's sure no-one reads, this is his first full book for public consumption.

He lives in Melbourne Australia, obsessed with food, the local music scene, and RM Williams boots.