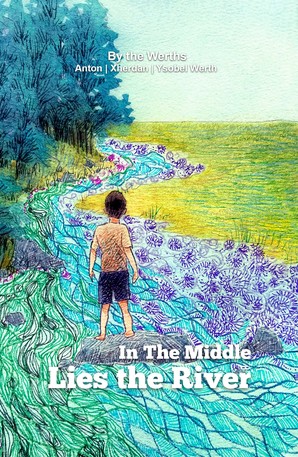 In the Middle Lies the River

In the Middle Lies the River

Life in college is its own adventure, one that takes Emir's mind away from his painful history. Yet, it brings its own heartbreaks and identity crisis. His relationship with Emira becomes excruciating, especially as he reconnects with his extended family, takes rushed actions in his romantic life and finds himself rejecting parts of his identity.

Emir Sosenko departs from Maui for college, leaving behind a painful childhood and effectively cutting ties with his past. Or so he thought.

Navigating life on campus is complicated if not overwhelming, at times sending him back to dark places within himself, and at others bringing confusing delights and discoveries as he goes through friendships and relationships. Despite his efforts, the connection with his mother brings pain back in his life at unexpected turns.

Ultimately, Emir has to navigate different realities that exist in isolation from one another. His religious affiliation, ethnicity and heritage often collide as he works to turn his academic aspirations and romantic relationship into a tangible future.

DISCLAIMER: The potential reader is advised there are references to triggering topics in this book. Domestic violence, self-harm, ethnic and religious persecution, genocide, sexual abuse, unhealthy relationships and immigration trauma are excruciating and real parts of the lives of multiple households. They are rancid stigmas within societies that pretend to civilized, humane and egalitarian values.

While this book is not meant to provide education or an objective approach to these issues and how to tackle them, the Werths hope acknowledging the events and their vicious impact will bridge a way to empathize with survivors and hopefully catalyze an interest in getting properly educated, active and involved.

The Werths is a collective, operating under pen names. This helps us in the quest of consolidating our literary work separately and according to available means so that we can share them with a wider audience, while ensuring we keep our anonymous lives and free agency over being part of the world as it unfolds organically, and writing to our own rhythm.

The focus is therefore on the narratives, the characters and the tackled ideas. We don’t cater to personal narratives and marketing the people behind the artist and have no social media presence save for the official website of the Hurry to the Capsule Atelier.

We thank you for your interest, appreciate your readership and hope you found something in our texts.