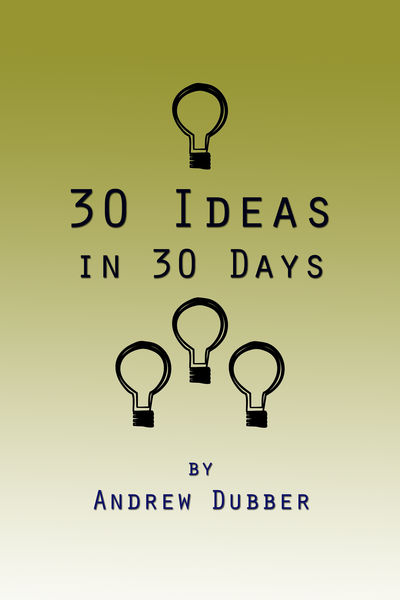 An experiment in everyday innovation

There are some great ideas in here. There are some not so great ideas. Some of the ideas have been made into real projects. Most haven't. But I thought the project was an interesting one, and other people seem to have thought so too. I've been interviewed on radio, in newspapers and featured on other blogs about it. People seem to remember it and I do get asked about it.

I thought I'd collect it all together and turn that into an ebook so that anyone can download it, read it, share it around and do whatever else they'd like to do with it.