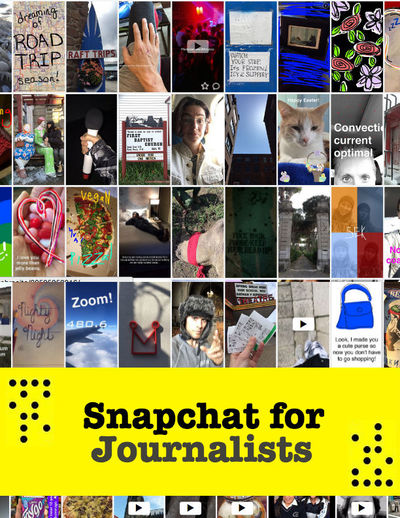 How to tell great stories, use the tools, and measure the results

Find out how to use one of the fastest growing social-and-chat tools to report in compelling new ways for new audiences, with plenty of examples of good practice to give you ideas and inspiration, tips and helpful advice in planning editorially.

Snapchat can be as confusing as it is beguiling for journalists. This book explains how Snapchat is in many ways a very conventional storytelling tool, and outlines some of the techniques journalists can use on the platform to report in compelling new ways for new audiences. Along the way there are plenty of examples of good practice to give you ideas and inspiration, from presenter-led stories by CBS to the use of captions and emojis by the BBC's account, The Huffington Post's creative use of pencils, and Mashable's engagement with users on the platform.