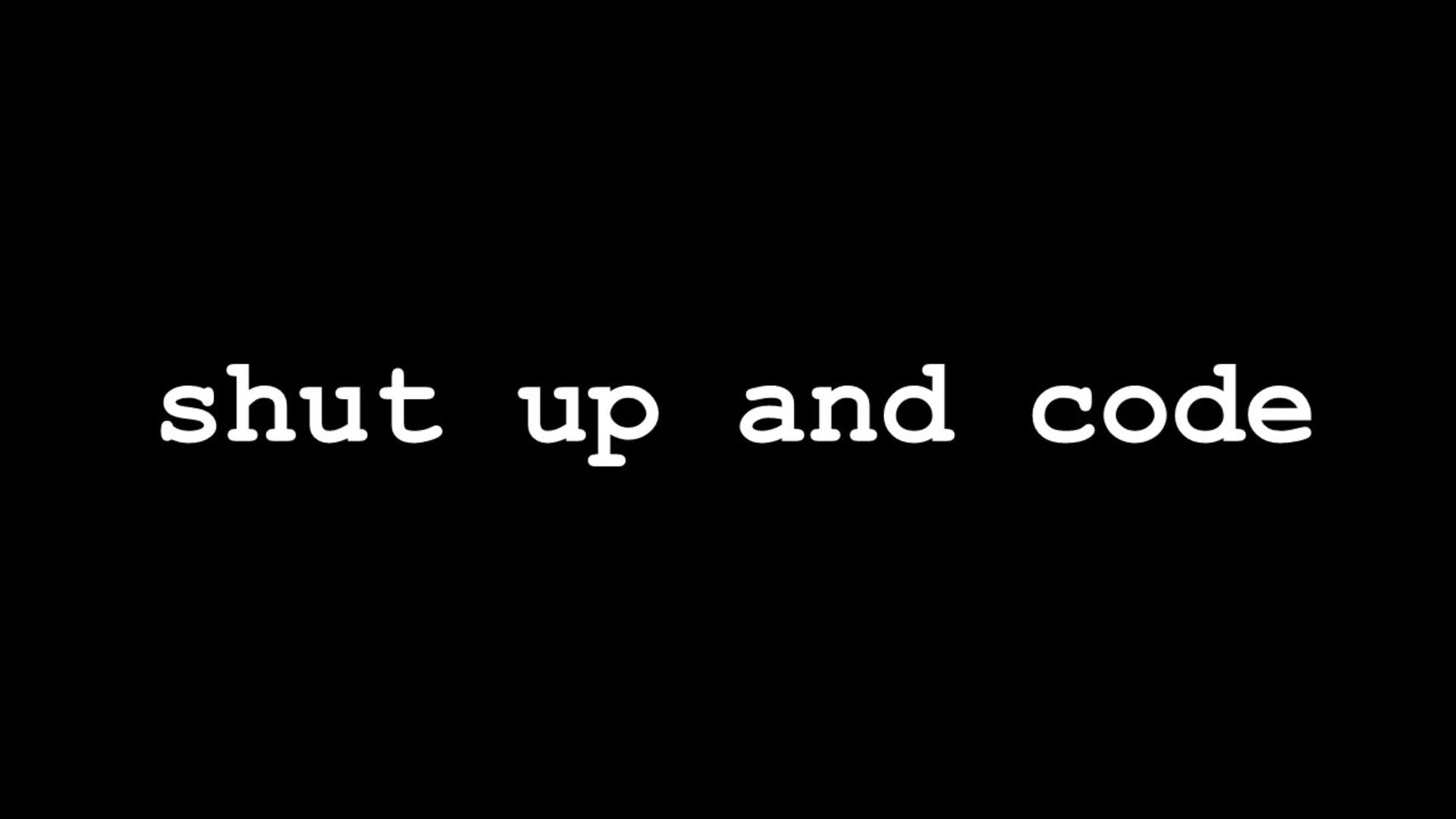 The following 7 courses are included in this track...

Laughter in the audience. The hacker had just plugged in his notebook and started sharing his screen to present his super-smart Python script.

"Shut up and code"

The letters written in a white literal coding font on black background was the hackers' home screen background mantra.

At the time, I was a first-year computer science student and I didn't understand the code he was explaining. But I was hooked! Python was going to be my pet project and I wasn't going to stop trying to tame it -- and become a Python master myself.

Well, 10 years later I'm still learning new and exciting language features every day - I now know what every programmer finally understands: nobody knows shit about anything!

Fortunately, it doesn't take 10 years to start using Python and create your own projects. You simply need to learn just enough to make your first program run. Then your second. Then your third....

And before you know it, people will pay you lots of money to solve their coding problems.

Whether you're coming from the US, Europe, Asia, or South America - Learning the Python basics will prove useful throughout your career.

Thousands of students have learned with our courses. Here's what Edwin Gomez, a University professor and student of our courses, says about our content:

"I am a university professor and I recommended my students to open an account and practice Python with your Puzzles."

Here's another testimonial from my student Anthony Billings:

"I’m a huge fan of the site, subscribe to the emails, and have learned a TON from your resources, cheat sheets, and Finxter. Thank you for your continued effort and work that goes into all of this."

I don't want to bother you by listing dozens of testimonials here, but if you want to read over them, feel free to check them out here.

Statistically, "Python" is a six-figure per year skill: the average salary of a skilled Python professional is way above $100,000 per year.

That's about $8,300 per month. Could you build yourself and your family a comfortable life by earning $8,000 per month?

If you want to build yourself this exciting, fun, and surprisingly easy skill set of being a Python coder, feel free to check out the 7-course bundle in front of you --- I'd love to see you in the courses!

"Shut the hell up and start coding!"

When you successfully complete the Track, you will receive a verified Certificate of Completion from Leanpub, certifying that you have completed the entire Track.

Learn the best-kept productivity secret of code masters and become a regular expression master too!

Prepare for your next coding interview and learn the basics of Python programming with 20 exercises from practical interviews, code wars, and University lectures.

You'll learn based on a proven three-step approach to increase your skill level.

There's nothing like deliberate practice when mastering any field. This course will boost your general Python skill level, increase your chances of success in your next code interview, and sharpen your practical problem-solving ability.

The more problems you solve, the more will your skills improve.

Who is this course for?

Who this course is NOT for?

This course is a collection of 35 hand selected Python exercises with solutions for beginners and advanced learners.

If you want to prepare for an exam or interview this is the course for you. But of course it will also help if you are just seeking to become a better coder.

Algorithmic thinking is an important skill which you can only learn by practice. You can read about all the theory and syntax of a language but still your brain needs practice. Therefore, I came up with this course to provide you with hand selected exercises and solutions so that you can hone your skills and develop your programmer mindset.

Practice all the Python basics:

This course also contains the source code solutions of all the exercises, so that you can compare your code with a professional's code.

Thereby, you will be able to hone your skills further and see how experienced coders solve the tasks.

"I Hate These Stupid Lambda Functions in Python!"

If you answered any of the previous questions with YES!, this course is for you.

Do you want to master Python? Take this deep dive and master Lambdas to write effective, functional, and Pythonic code!

How This Course is Organized

The first part of the course consists of 9 lessons. In each lesson, you will learn a piece of the theory of lambda functions in a video.

Each lesson ends with a quiz so that you can check if you understood the lesson.

In the second part it's your turn: In 5 practical exercises, you'll apply your learned knowledge and check your solution against the provided ones.

What Is A Lambda Function Anyways?

A lambda function is an anonymous function in Python. It starts with the keywordlambda, followed by a comma-separated list of zero or more arguments, followed by the colon and the return expression. For example, lambda x, y, z: x+y+z would calculate the sum of the three argument values x+y+z.

Well, take the course to find out! ?

Python One-Liners will teach you how to read and write “one-liners”: concise statements of useful functionality packed into a single line of code. You'll learn

how to systematically unpack and understand any line of Python code, and write eloquent, powerfully compressed Python like an expert.

The Complete Guide to PyCharm

PyCharm is the most popular Python Development Environment (IDE). The community edition (CE) is available for free and can be downloaded at https://www.jetbrains.com/pycharm/.

PyCharm is so popular because of its extensive set of tools and the ease of use. Mastering it will enable you to develop, test and debug high-quality code fast and consistently.

This course contains 9 videos lessons with a total of around 90 minutes.

The following subjects are covered in the videos: