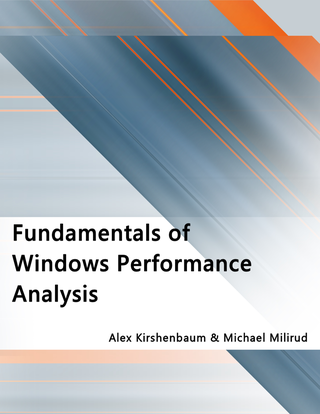 This book will teach you how to investigate and root-cause numerous types of performance issues on a PC, in many cases all the way down to the code causing them.

This book offers a great introduction to fundamentals of Performance Analysis. Though the book is focused on Windows, the techniques & concepts are applicable to other platforms. Whether you are a developer, an IT Pro, a computer science student, or just an enthusiast, this book will show you the tools needed to understand performance issues and to address them.

Starting with Windows 7 product cycle and continuing to present days of Windows 10, Microsoft has invested millions into turning around its flagship product with respect to its performance characteristics. Many great tools have emerged in the recent years to truly enable creation of well performing appliance-like solutions. Windows Vista was perceived as slow and resource hungry, while Windows 7 ran better than Windows XP (a decade older OS) on the same hardware. Anyone who understands the sheer complexity of a generic purpose OS like Windows will appreciate this monumental move that redefined the quality bar of what a common user expects in their daily use from their PCs and a service owner looks for from their server deployments.

Performance improvements need not only apply to the OS, but also to the entire ecosystem. Performance requirements are being increasingly integrated into the product development life-cycle (enforced in various ways, including logo programs, store acceptance tests, etc.) More and more scrutiny is allotted to how much software (be it a driver, a service, or an application) affects the rest of the system. With the advancement and increased affordability of the cloud, performance issues have been becoming increasingly global. A small performance bug in your server code can now affect millions of users at home. No matter whether your focus is on consumer PCs or cloud-based deployments, ultimately your code runs on specific devices running a modern operating system, be it a stand-alone PC, a virtual machine, or a compute node provisioned in the cloud, such as Microsoft Azure or Amazon Web Services (AWS). The basic analysis principles you’ll get from this book are going to apply either way.

For many, working on performance matters is exciting and challenging. One’s entire career can be focused or dedicated to it, it can be a hobby or casual endeavor, or it can also be an occasional area of intense focus due to something being too slow, too glitchy, too unresponsive, with too little throughput or perhaps suffering from too little battery life. Performance analysis is often quite complicated due to the intricate dependencies and interactions of components, the changing and wildly different characteristics of HW configurations, and the exciting addition of new scenarios and experiences into more and more everyday computer experiences.

For me personally, performance has been a career and a passion. I love to make things fast, to improve the efficiency of whatever is before me, and I take great pride and pleasure in doing so. The subject of my PhD was Operating Systems performance, I worked as a performance engineer on 6 operating systems at IBM, and I have worked on or led performance in Microsoft’s Windows organization for 17 years. In my career, I’ve come to believe that a team is only as good as it’s people, and a team’s people are only as good as their tools. As such, the Windows Performance organization has a long history of investing deeply in its performance tools and its engineers.

This book is itself a tool, a very excellent tool for anyone looking to understand and improve simple and complicated performance related matters. Because there is so much depth to the instrumentation capabilities in Windows, readers will develop a far greater understanding of the internals of the Windows operating system as they develop their performance skills. Though the examples, tools and studies are focused on Windows, the techniques and concepts are applicable to other platforms.

The tools and techniques covered are used every day by the Windows Performance team to understand PC performance and power issues, as well as for other platforms like the Xbox, Windows Phone, Windows Server, and even the HoloLens. Now that they are so comprehensively captured in this book and written up in a such a clear manner, I am very excited by the prospect of having these techniques and tools used by more and more engineers so that our customers get the benefit from greater efficiency, performance, and responsiveness when they use Windows-based devices.

Alex Kirshenbaum had joined the Microsoft Corporation’s Windows Performance Team as a Software Design Engineer in 2004 after graduating with a Masters in Computer Science from Cornell University. Since then, he had worked on a number of Windows performance enhancing features including speculative boot-time data prefetching, external flash caching (ReadyBoost) and real-time memory content management (Superfetch).

Alex had also served as a Performance Analyst for various software components across the company with focus on on/off power transitions and secondary storage performance. In 2006, he became involved with performance issue investigation and analysis for Microsoft partners and worked several years as a Senior Performance Analyst on the Windows Partner Engagement team. Alex had also worked on the Windows Assessment & Deployment Kit (ADK) creating automated diagnostics and analysis tools for performance and efficiency issues. Alex holds seven patents in the space of performance-enhancing technology and automated performance analysis.

Michael is a customer-obsessed product leader with a proven track record of spearheading successfully-disruptive explosive-user-growth reboots of prominent #remarkworthy products that previously have failed to capture their respective market shares. He likes building products that sell themselves and solve hair-on-fire problems for large target audiences. Faced with a choice, his allegiance is to the product over perception. Thrill of knowing that what he does matters throughout the journey is just as important to him as the rewards at the end of the journey.

As an evangelist, he's launched online presences and landed industry-enabling products with large audiences at major Microsoft conferences, including WinHEC, PDC, Ready, and BUILD. As an industry leader, he is the lead author of the “Fundamentals of Windows Performance Analysis” book and the mastermind behind the design of the new Azure APM. Partnering across Azure and with top Azure customers he drove triple-to-quad-digit YoY growth in adoption, engagement, and retention. Passionate about data analytics, Michael is a BI expert with hands-on experience in Power BI and Azure Data Explorer. Data-driven culture is part of his work ethics.

He is the primary inventor on seven patents and secondary on one. In his spare time he runs a live music non-profit focused on fostering communities, teaches Data Analytics at UW, dabbles in blockchain development, and is a successful real estate investor. He's also a recorded songwriter.