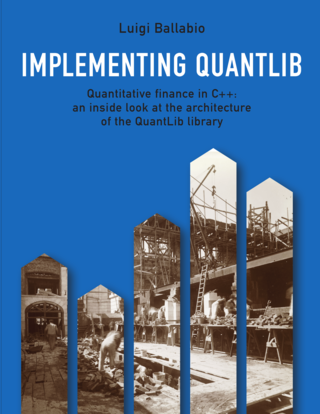 Quantitative finance in C++: an inside look at the architecture of the QuantLib library.

This book is a report on the design and implementation of QuantLib, alike in spirit—but, hopefully, with less frightening results—to the How I did it book prominently featured in Mel Brooks' Young Frankenstein (in this case, of course, it would be "how we did it"). If you are, or want to be, a QuantLib user, you will find here useful information on the design of the library that might not be readily apparent when reading the code. If you're working in quantitative finance, even if not using QuantLib, you can still read it as a field report on the design of a financial library. You will find that it covers issues that you might also face, as well as some possible solutions and their rationale. Based on your constraints, it is possible—even likely—that you will choose other solutions; but you might profit from this discussion just the same.

The book is primarily aimed at users wanting to extend the library with their own instruments or models; if you desire to do so, the description of the available class hierarchies and frameworks will provide you with information about the hooks you need to integrate your code with QuantLib and take advantage of its facilities. If you're not this kind of user, don't give up on the book yet; you can find useful information too. However, you might want to look at the QuantLib Python Cookbook instead.

Implementing QuantLib is also available as a paperback from your local Amazon store.

The co-founder of the QuantLib project guides the reader on a safe path through the jungle of this precious library’s design ideas and class hierarchies. This book thus unlocks the library to the novice, and it is full of insightful discussions that makes it surprising and enjoyable reading for the long-time QuantLib user. I would have benefitted a lot had this work been available when I started my own and initially bumpy journey of exploring and using QuantLib in 2001!

C++ is the gold standard for computational finance applications. Luigi has done a thorough job of integrating modern C++ and Design Patterns to a range of equity and fixed income pricing problems. I warmly recommend it to MSc and MFE students of finance who wish to learn how to use and to write structured code. 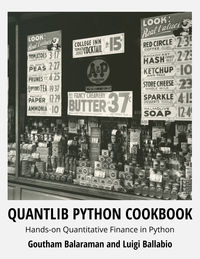 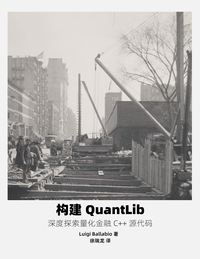 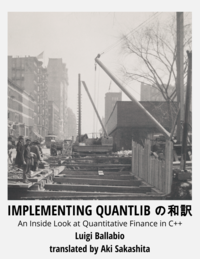