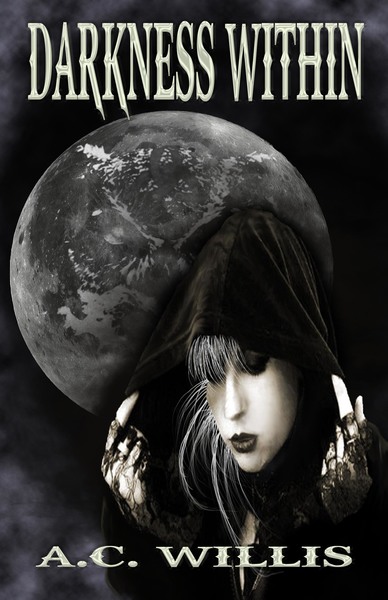 Cailleach is an immortal diviner who has been entrusted with the task of maintaining balance and harmony in the human realm. On the cusp of the 5th Century, he is sent into a murderous rage and launches the human realm into the Dark Ages. His punishment is to be banished to the Shadow Realm for eternity without the hope of redemption.

Clinging to memories of a single human woman, Cailleach finds his light in the darkness and becomes the protector of wanderers in the lost forest. Ages pass before he is called upon by The Council and given a chance at redemption.

All he must do is protect and guide one human female. Awen may be the "hand of god"; a physical incarnation of goodness on earth and redemption for the human race but darkness crashes around her. She is also a 17 year old female on the brink of womanhood. Outside forces have controlled Awen's life from birth and the time of reckoning is upon her. The two must face their own duality and achieve balance for the whole of humanity. This will require sacrifice...but is the sacrifice too big?

**This is a NaNoWriMo novel so it is being written fairly quickly. It is a work in progress and I will update often. I also promise to listen to comments and change the book to be tailored toward my readers. Feedback is welcome...no, it's encouraged!

Shannon Willis of Willis Graphics donated the design for my awesome book cover!