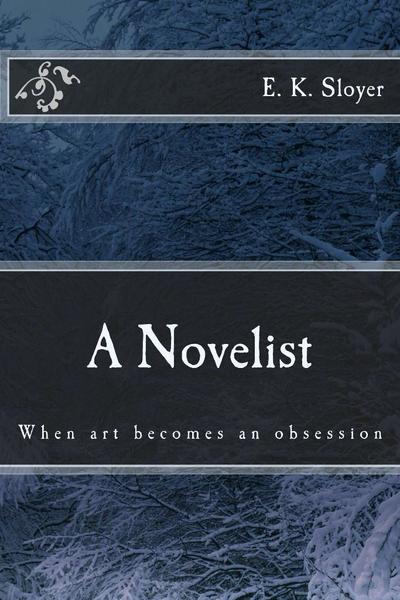 When art becomes an obsession

E. K. Sloyer
A troubled writer and an optimistic editor come at odds with each other when the novel they are editing threatens their grip on reality. Knowing no other way to escape the insanity, the editor swears to destroy it. However, the power between the novel and the author may be a greater threat than the editor had expected...
Table of Contents

Entered in the WattyAwards 2012 and came in as a finalist under "short stories."

I was inspired to write this story after I had watched Dead Poets Society. I knew I wanted it to be about a writer and a mentor becoming close friends. I didn’t know where it was headed at first and I had to rewrite the first chapter several times before writing the chapter now published. The time period of the story came about on its own, I was thinking about placing it in the 1950’s, but I decided I liked a more vintage, historical feel. The entire book was written as I thought it out on the spot. I did some outlining to make sure it was going in a sensible direction.

My inspirations came from a few of my experiences, mostly from my addiction to writing and being carried away by my imagination. The characters themselves are bits and parts of me – I can see myself in Benjamin sometimes and Edmund more so. I also hoped that the readers would be able to relate to them as well.

After posting it on Wattpad, I wasn’t sure what the responses would be, and actually thought some would get bored or not be interested because of its time period and slow pace. So, I was very surprised at its reception and thank every reader and fan for helping it make to the Watty Awards finalist!

I began writing the sequel a few months after I wrote A Novelist. In fact, I had extended A Novelist, but after countless edits, my editor and I decided to remove it and wrap it up with Edmund’s last line. However, I didn’t like leaving the readers, and myself, without the answers to the questions Edmund and Benjamin were asking in the diner. So, I decided to try writing a sequel in hopes to reveal those questions. I’m quite happy with the results of my sequel, The Presentists. By the way, “presentists” is a fancy definition for “time travelers.”

I do hope to publish both stories when I’m financially set and have the time and energy to go through with the whole process. I have high hopes for A Novelist and The Presentists, and I couldn’t continue without the support of my family, Jesus Christ, and my entire Wattpad friends.

Writing for more than ten years, E. K. Sloyer, in 2012, entered A NOVELIST in WATTPAD's popular, internationally-based writing contest, The Watty Awards.  The novella was a finalist in the awards, and has continued to be a well-received story.  She is also a 2013 winner in the National November Writing Month organization's annual writing contest.Ms. Sloyer is commonly known for her strong character development, making each character memorable.  Mystery, historical fiction, and dram have been Ms. Sloyer's best genres, earing her a reputation as a "wonderful and talented writer."

Thank you all so much for supporting from the beginning to the end. It is your reviews, comments, and encouragement that have gotten me this far.